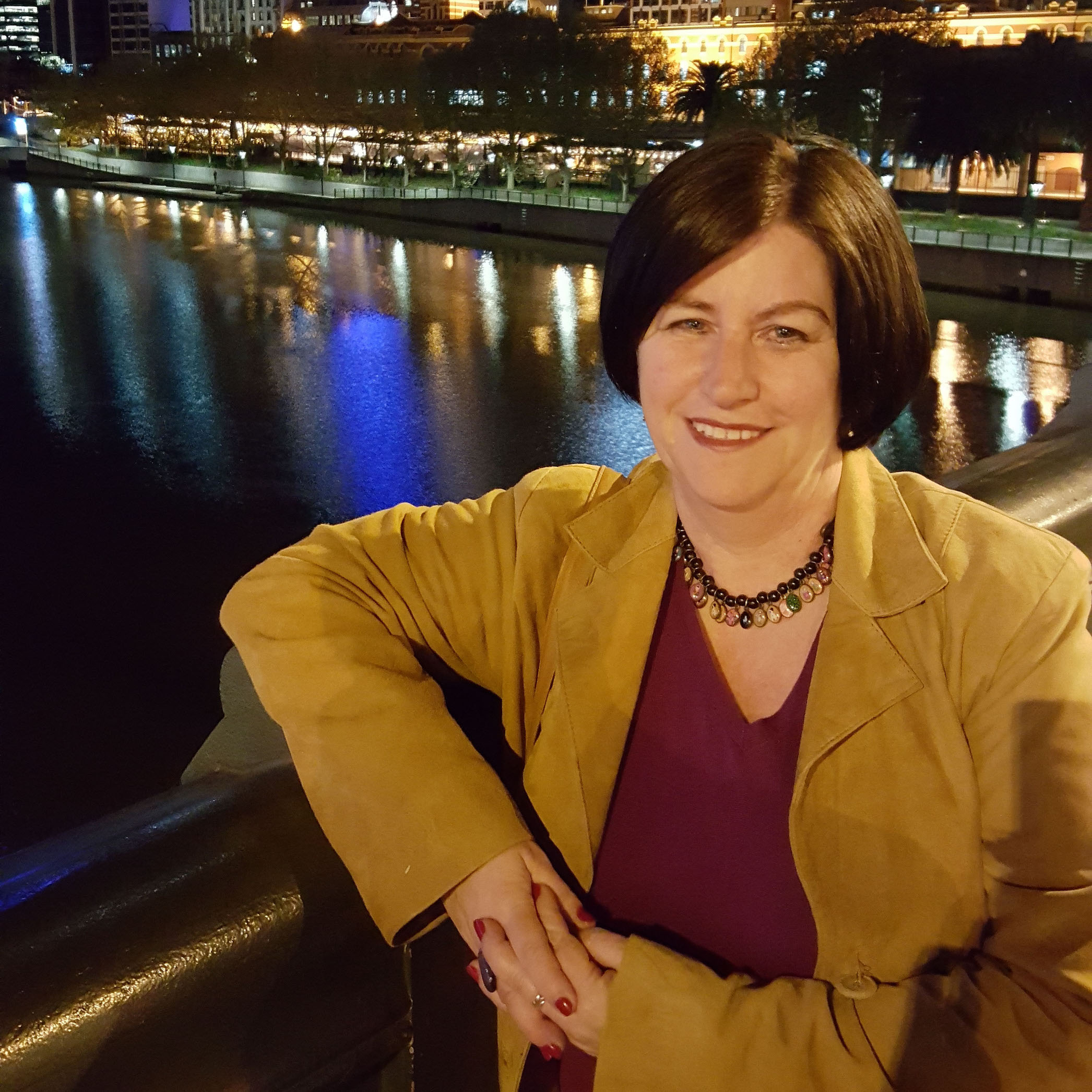 Who or what inspired you through your early years to explore your passion for drama?

My parents were a great support in this. They realised that I was not a sporty kid but destined for other things, such as singing and acting.

Mum was the netball coach at my school and she volunteered to help with school plays so it was only natural that she encouraged my love of acting.

Also my Dad worked with a guy who ran an amateur theatre group and when they needed a teenage female actor for The Prime of Miss Jean Brodie, he volunteered me and a passion was born.

From the age of seven I was in every school play, every choir and madrigal group and every musical.

I rarely had the lead, as the smallest girl in every year I was not built for the part, but I usually earned a strong supporting role and had possibly even more fun.

As a struggling lower middle class family my parents couldn’t pay for Drama lessons but my Grandma pitched in with money for the singing lessons that I took from Year 10 onwards.

When you were at school and planning for the next step in further education or training, what were your plans at the time? Did you plan on pursuing music teaching?

I wanted to go to NIDA. This was the only practical avenue available to students when I went to school, back in the dark ages, some 35 years ago.

I never thought of drama teaching as it was only a very new subject in those days and my school didn’t even offer it.

My fallback was a Bachelor of Arts at NSW University as they offered Theatre Studies as one of their subjects. I never thought of teaching Drama, I wanted to act or sing.

I didn’t get into NIDA although I did get a callback.

I then enrolled into the BA course at NSW University with a major in Theatre Studies. I worked part time and busked to support myself and participated in all the Uni productions.

Finally a musical play that I had helped to workshop was selected to travel to Tasmania with Festival of Australian Student Theatre (F.A.S.T); we didn’t win, but I was offered a job in a professional company down there and I abandoned my studies to go and work in Hobart.

I later, much later, went back to university and completed my degree and as I now had children I decided that teaching would be a better bet than travelling around the country trying to get work in theatre or bands.

What are your top tips for young people who are keen make a career in drama teaching?

You must have a passion for it.

There will be times when you think why did I do this, but then you will look at your students as they workshop, brainstorm, improv, play and perform and you will see the joy on their faces and know that you made the right decision.

I really believe, though, that is not just the fun and practical side of Drama and Theatre Studies that is important.

You should always continue to develop your knowledge of current practices and trends through study and viewing plays yourself, not just the ones on the VCAA list.

I attend at least one play a month and write about them for my students to try and encourage them to look beyond just the prescribed works.

Pretty much everything, except perhaps the late nights and weekend rehearsals, although they are worth it when I watch the videos of the performances (who has time to sit and watch the actual performance?)

Why should young actors consider pursuing a career in music teaching?

It is a rewarding career but it is not for everyone.

If you love your craft so much that you want to share it with others, then teaching is for you.

Drama can reach the unreachable student, that child who has no clue what they are doing in this classroom but somewhere between the play and pretend of improv they discover a side of themselves that they never knew existed.

To see the joy on that student’s face is to realise that you have made a difference and that makes all the difference to you as well.