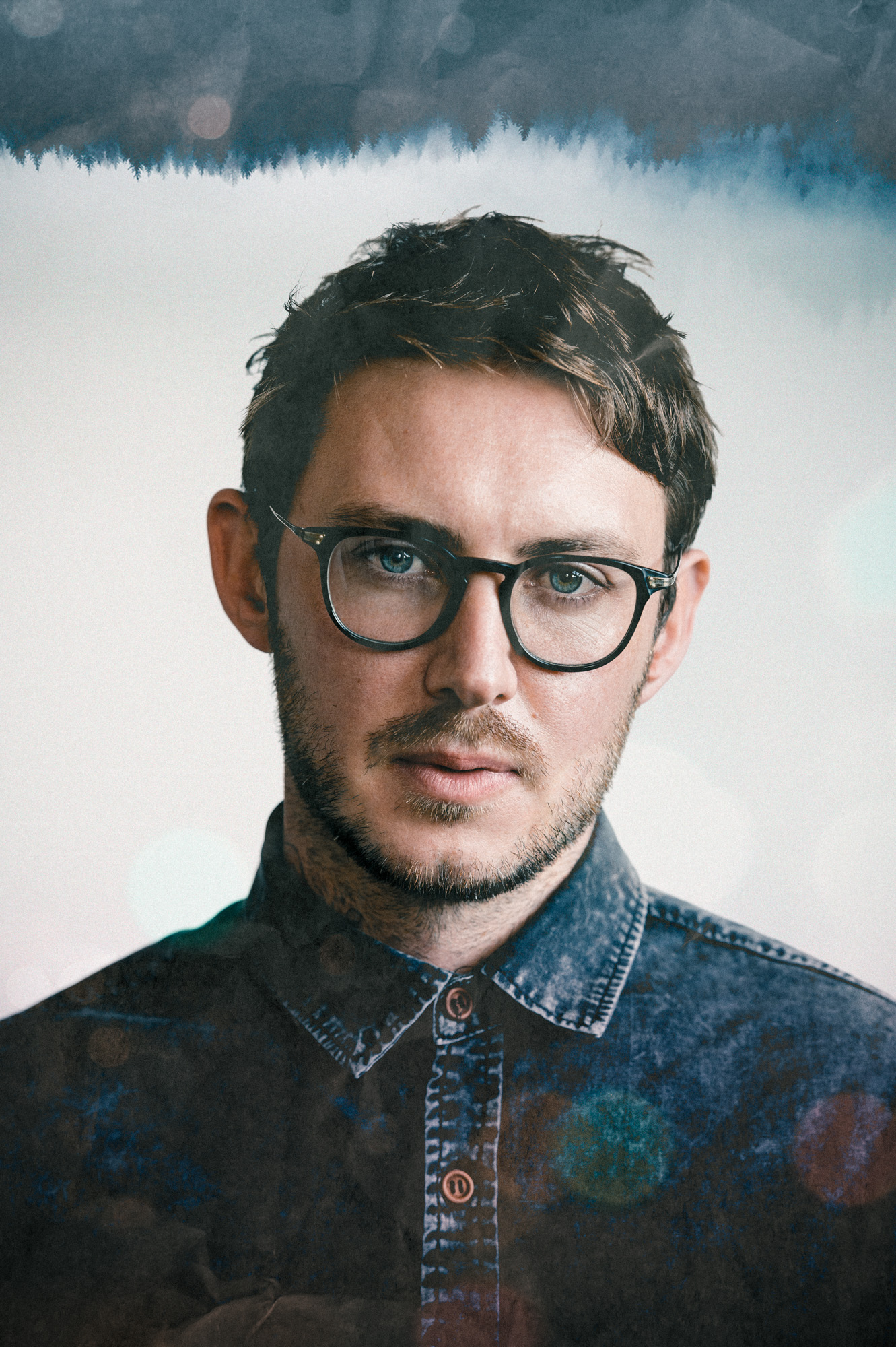 Dustin Tebbutt’s acclaimed debut solo recording – “The Breach” – set blogs and Triple J alight on release and his story of creating the bleak epic during the depths of a Scandinavian winter captured imaginations everywhere.

Alongside glowing reviews and a fast-growing fan base, Dustin’s music boldly gained momentum from it’s humble and completely organic start, a strong sign that his textured blend of carefully crafted sounds and lyrics had the weight to really stir the emotions.

In 2015, a seven-song mini-album entitled ‘Home’ by the bespectacled Australian singer/songwriter appropriately enough had all its songs written, recorded, produced and performed at home by Dustin.

Not surprisingly there was a mood of solitary contemplation running right through this work. Much of it was captured in a dark bedroom during the wee small hours and it showed.

The release was accompanied by a national tour in the largest venues he’d ever played as word of mouth spread about his distinctly evocative music.

Dustin released his debut album ‘First Light’ in August 2016 and again, the artist wrote, produced and recorded all tracks himself with only occasional help from a few friends.

The album was a marked creative progression, emerging from the dawn of a romance, the record was about falling in love, then getting up and seeing the world in a whole new way.

‘First Light’ propelled Dustin’s monthly Spotify listeners to over 1.9 million with his songs accumulating an astounding 88+ million streams to date.

In early 2017, Dustin embarked on a sold-out, eight-date Winter tour of the UK and Europe. Dustin also released ‘Atlas In Your Eye’ – a beautifully crafted new song for the Australian film adaptation of the award-winning iconic Australian novel by Craig Silvery, ‘Jasper Jones’.

Dustin recently embarked on a national tour with Lisa Mitchell.

An intrinsically collaborative affair, the Distant Call Tour saw Dustin and Lisa perform together for the first time, sharing the same band and combining their collective energy with a carefully curated set.

Early on I listened to a lot of different stuff, my dad played guitar and I remember him playing the blues a lot, but the first artists I really got into were The Verve, Jeff Buckley and Radiohead.

They were probably the biggest musical influences for me that really switched my brain on to songs and sounds.

I also had some great teachers and my group of friends at school all played something, so we would ‘jam’ a lot on weekends.

I was never one of those kids that got pushed to learn an instrument, although my parents did leave a lot of them strategically placed around the house when I was growing up.

I never really got lessons on an instrument, my dad showed me a few things, and then I just used to play a lot at home, learning songs I liked or making ones up with friends.

There weren’t that many gig opportunities where I grew up but the school had a great music department, so that gave me some early performance experience – but I think back then I wasn’t really thinking music was going to be a career for me.

It wasn’t something I really thought was possible.

I really had no idea what I wanted to do towards the end of school, I was pretty good at visual arts so I had enrolled at COFA to study that, and I think my plan was to just move to the city and figure it out when I got there.

I ended up auditioning for a music degree and got in so that was kind of a turning point I think as it really brought music into focus for a few critical years.

After school I moved to Sydney and started a music degree.

I practiced and found as many opportunities to get on a stage as I could, going to gigs and meeting other musicians, just being in the scene I guess.

I also started writing songs but for many years I kept the singing and songwriting to myself, and people really only thought of me as a guitarist.

I also started to teach myself how to produce and record.

It wasn’t really until I had some songs that I was really happy with that I started to share them with other people.

Although I think social media is really important these days, nothing is going to speak louder than a really great song, so I’d say it’s important to focus on the music first and foremost.

My first steps in getting a team all came out of being picked up via triple J’s unearthed platform, and the attention that comes from being a new unsigned artist on the radio.

I met with a lot of labels and managers, and it was pretty clear which teams were on the same page as me in terms of what I was trying to get out of a career.

It’s really important to have a team that really believes in you and wants to support you for the long haul… as in every creative profession there are going to be ups and downs, and a team that only has your back when you’re on the up makes it really hard to keep going.

I think too, before I found a label and a team, I thought that they were a magic bullet, like, I just needed to get signed and then my job would be done.

In actual fact, that’s really when the work begins.

That team is really just there to help you realise your vision and they can only work with what you give them, so it helps if you understand the label or manager role properly and know what and what not to expect from them.

Work hard on your craft, and treat everyone you come across with respect.

Just because you are the one standing on stage, doesn’t mean you have a more important job than anybody else.

Also, try not to follow the trends too much, it’s one thing to be making ‘relevant’ music but if you’re going to succeed it’s going to be because of what you can do to differentiate yourself more than your similarities with other artists or genres.

I wrote a song for an Australian film ‘Jasper Jones’ recently that was really rewarding, seeing that played on the big screen was pretty special.

One of the hardest and also coolest things about the music industry is that there are no rules.

What works for one artist won’t necessarily work for the next.

This can be daunting as if things aren’t connecting it’s quite hard to tell why… but it also leaves lots of room for new approaches, and the potential to carve your own unique path into a career.

At the end of the day, it comes down to a lot of work, and the ability try things without being scared of making a mistake.

Just get out there and start doing it, write the songs, play the shows, and try not to stop learning!