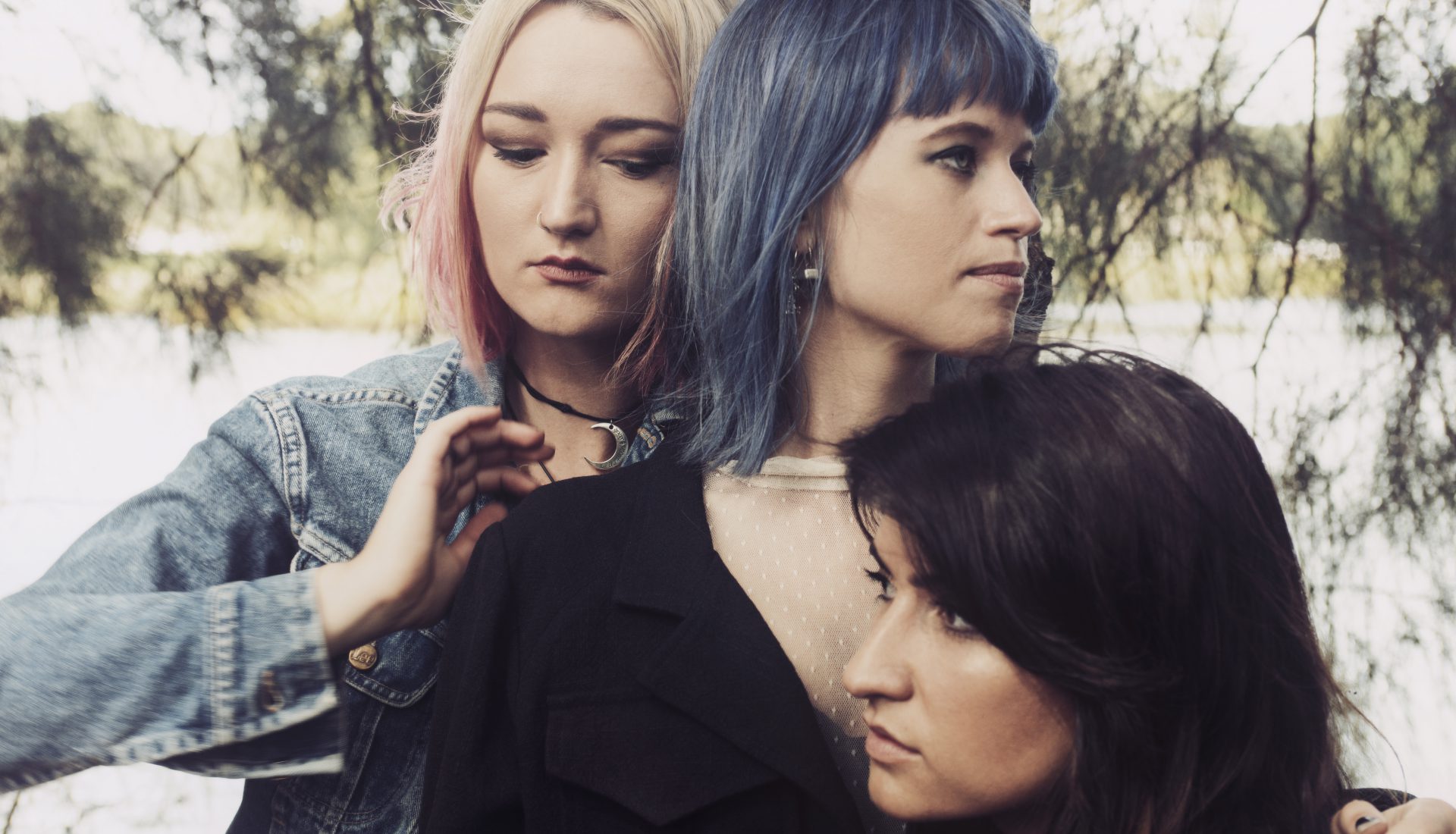 “Listen to what people have to say about “what it takes” to be in the music industry, absorb it all, but don’t believe any of it. No one has the key to your gift and your success, but you (even if they seem older and wiser)”

I’ve always had a deep love of music ever since I was little. My parents would always be playing a lot of music in the house. Bands like Led Zeppelin, Pink Floyd and Creedence Clearwater Revival were early influences.

When the Internet arrived, I started to listen to and collect a lot of new and old music. I didn’t play any musical instruments until I was about 17 when I picked up the guitar. My brother played since he was 9 so I think that was a big influence for me. I didn’t sing to anyone until I was 21, so that was something that came “later” for me.

I actually didn’t do music at school. I think there is a common misconception that you need to do music at school to become a musician.  I was victim to that thought – which made me think I wasn’t eligible and perhaps not worthy enough to do music as a subject. By Year 10 when I moved to a new school, I felt like it was too late for me to be considered a musician, that it was “too late” to learn.

A lot of people had said “the older you get the harder it is to learn”. Which I realised was bull – for me it just depended on my level of passion and drive. I developed a quiet obsession with music, and everything that came with it. I felt it was a secret place I could go to to feel ok with feeling “wrong”, or different. This culture and the subcultures of music; they slowly and unknowingly became a part of my identity and my career path. I didn’t plan to be a musician – I just did it because I loved it so much.

Both Hannah (lead singer in Little May) and I went to the same school; neither of us studied music.  Our love of music grew outside of school, and it became more of a lifestyle for us as we moved out of school.  By year 12 I think music was becoming a pretty integral part of my identity. Not on the outside, but on the inside.

From there on, I felt drawn to people who were artistic, the “weirdos”, the people who saw themselves as “outsiders”.  My school was quite a music-oriented school, although I didn’t participate in any music lessons, I had a lot of friends who were musicians and in bands. Whilst I often wish I had learnt how to play guitar or sing “properly” from a young age – I wonder if I had, would I have a completely different identity and style as a musician?

When I finished school I was completely lost and I had no drive for a long time. My drive for music wasn’t even clear to me – I just absorbed a lot. I listened, I started playing guitar more. When I left school I wanted to be a journalist. I didn’t really though – I just thought that’s one of the only things I thought I could do. I was not an academic type – but I loved English and anything artistic.

After a year of working random jobs and feeling lost, I started a Bachelor of Arts in Media at Macquarie University in 2010. I also started working as a nanny and in childcare centres, which I liked. I still felt lost for a long time. I didn’t finish my degree, I still haven’t finished my degree, and if I’m honest, I didn’t really learn much. I wasn’t interested in it.

In 2011 I started playing 3-hour covers gigs with a friend in Bathurst, which I played most weekends. I played guitar for her while she sang. It was a great driving force for me to get my confidence up, to get better at guitar and to know how to play a gig and set up a PA System. I had never done that before. When we formed Little May in 2011, I bought my own PA system and an interface, we bought microphones and mic stands so we could rehearse, and do covers gigs and record our own demos on GarageBand.

I wanted to be in a band so desperately. I had such a genuine thirst to make it all happen, as I had finally found somewhere to put my passion. We wanted to get good, because we weren’t very good. We weren’t trained or practiced musicians. I needed to get good at something. I focused on songwriting, and so did Hannah.

We knew if we wanted to make an impact on anything that we needed to do the hours. We did a local open mic night at The Greengate Hotel in Killara every week where we met Michael McGlynn (the host). He sold me my first guitar and offered to record our first songs. We were also hanging out with Sam Thomlinson (Bad Pony), who recorded these songs with us too.

It was in Michael McGlynn’s studio Vienna People that we met Michael Crawley, who set up a meeting for us at The Harbour Agency. This is where we met our booking agent, Daniel Sant, who put us in touch with a publicist called Monique Rothstein. She is now one of our managers along with David Hume, who Daniel also recommended. From here, we put up our songs on triple j Unearthed and I can honestly say that it was a very natural and positive progression from then on. We are very lucky.

I actually can’t remember being given any significant advice that blew my mind.  I think I learnt this myself over time:

Listen carefully to your intuition, and not your ego. I think it’s important to always trust your instincts, and believe and fight for your vision no matter what stands in the way. Having said that, I think it is important to always listen to and respect others, and take in feedback and suggestions. Different perspectives are fantastic too. But if something doesn’t feel right – listen to your gut.

Find a way to be creative without fear– find ways to not care what people think!! Learn to embrace being weird, bold and different. I really think this is the key to great artistry.

Playing Splendour in The Grass in 2014. This was a moment where we all took the time to reflect on such an amazing few years.

Recording an album with Aaron Dessner (The National) in New York.

This might sound silly, but I think that struggle is the most rewarding and invigorating thing any of us can experience.

Listen to what people have to say about “what it takes” to be in the music industry, absorb it all, but don’t believe any of it. No one has the key to your gift and your success, but you (even if they seem older and wiser).

I love that I found something that I care about deeply. I love that I get to contribute to society in a way that is meaningful for others and myself.

Keeping in mind that careers are constructed over your lifetime, what are your career goals and plans for the future (e.g., recording, sound production)?

My mind often goes crazy with ideas. I am interested in doing a lot of things!! But I find the best thing for me is to take it once step at a time, work hard on what’s in front of me, and try and enjoy everything as it comes. I’m so looking forward to recording our second album. We are writing it at the moment.

Tune in to yourself, be a badass, listen to new and old music. Feed yourself with inspiration; music documentaries, nature, relationships, politics, other art, whatever it is that inspires you.