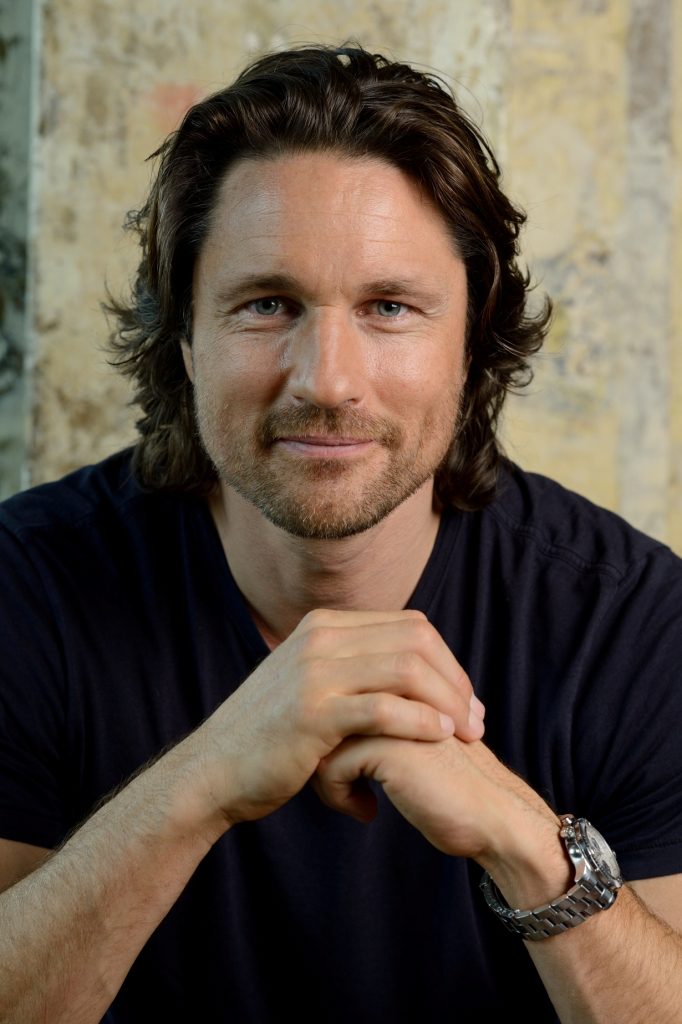 Martin Henderson has built an impressive list of credits across film, television and theatre.

Martin was most recently seen on the big screen in Baltasar Kormakur’s “Everest” opposite Jason Clarke, Josh Brolin and Jake Gyllenhaal, which premiered at the Venice Film Festival and in the Sony film “Miracles From Heaven,” alongside Jennifer Garner. He recently filmed  Tjardus Greidanus’ “Hellbent” and the independent feature “Juveniles.”

Martin was seen in the Sundance Channel’s critically acclaimed series “Red Road” and the Network Ten Australia’s six part drama series “Secrets & Lies,” for which he was nominated for a Logie Award for Most Outstanding Actor.

Martin is also an accomplished theatre performer. During his course at the Neighborhood Playhouse School of Theatre, he was seen in the off-Broadway play OPHELIA THINKS HARDER at the Samuel Beckett Theatre. He has since returned to stage in 2006 when he starred opposite Juliette Lewis in Sam Shepherd’s FOOL FOR LOVE at the Apollo Theatre in London and in 2008 he starred in CAT ON A HOT TIN ROOF for the Melbourne Theatre Company.

I always loved performing as a young kid. I remember being a few years old and if my parents had friends over for dinner I would insist on bringing out my Ukulele (which I couldn’t play) and strum away and sing to the adult hostages. I do remember also being taken to a theatre production of Annie Get Your Gun around age 9 that a family friend’s daughter was performing in and thinking “wow, that looks like a ton of fun”.

Not long after that, I would volunteer to be in any school play. I also started writing skits to perform in school talent shows as well as writing speeches which I loved doing. I loved to express myself and particularly loved making people laugh.

I didn’t really involve myself with formal arts or theatre training or classes whilst at school. At that age I wasn’t aware that I might be able to make a career out of it so I focussed on my “regular” studies thinking that I would pursue a career in science or business.

I did have one teacher in High School though, my French teacher, who having seen me in a TV show made a point of supporting my acting talents and would always encourage me to keep at it.

I was lucky that I did my first professional job at age 13 so on the heels of that I was able to get a kid’s acting agent and she would put me up for other jobs. By the time I was finishing high school I landed a contract on the Kiwi Soap, Shortland Street, which I did for 3 years.

I moved to Australia after that and eventually found an incredible acting coach, Annie Swan who changed my life. It was the first time I really studied acting seriously and she introduced me to literature and playwrights and art and music and really opened my mind to what a life in the arts could be.

Since then I have continued to study with different acting coaches here in the States (America) and took a year off to study theatre in New York.

A producer I worked with in Sydney a couple of times, John Edwards sat me down in his office and said, “Go to the states, get a green card and stay there till you make it”. Also, my mother always believed in me and my talent. She had always instilled in me a sense that “You can do it”.

Working with Cate Blanchett on the Aussie film, Little Fish was definitely something that is a highlight for me. I just loved my experience working with her and Hugo Weaving and Sam Neil and the director, Rowan Woods. It felt like a truly collaborative experience with such talented and genuine people.

Yeah I know how they feel. It does feel like an insecure career a lot of the time and I’m sure that puts a lot of people off but if it is something you truly love doing then I would pursue it with relish. Let your inspiration and passion drive you. Every working actor I know has at some point thought that they won’t make it but they found the drive, ambition and will to keep at it.

Because I fell into acting I didn’t take it seriously as a career when I was younger and had I known I would remain in this industry I would have taken an interest in other aspects of story telling early on. I would encourage young people to explore writing and directing as well since these skills can be honed and open up more possibilities for ones career.

I just love to do it. When the writing is good and I’m absorbed in my performance I feel fantastic. It’s something I’ve always loved to do and that love has never left me. So I agree, that work doesn’t feel like work at all when it’s something you love. However, getting the opportunity to work can sometimes be difficult and the inevitable rejection can be very tough on the ego.

But I think accepting that rejection is just a part of the job that EVERYONE goes through helps me to not take it personally. No one is right for every role. I also think it’s very healthy to have other interests and pursuits outside of acting so that one’s entire self worth isn’t tied up in whether you get a job or not.

At times when I’ve gotten down about my career I get in touch with acting mates and read a really great play out loud together to keep reminded of how wonderful it feels to act whether you have an audience (job) or not.

Yes, directing is definitely something that I plan to do and I’ve actually just recently finished a short film that I did to just dip my toe in. I loved it and like I said earlier, had I known I was going to remain in this field when I was younger, I would’ve tried it decades ago.

Don’t ever listen to anyone who tries to put you off from pursuing your dreams. Your dreams are your dreams and not theirs. You deserve to be happy and to have joy in your work. If you find joy in performing then commit to your dreams with zeal.

Work really really hard. It is a tough career, that is true but if you don’t believe in yourself, no one else will. And the world needs passionate storytellers. Always has, always will.