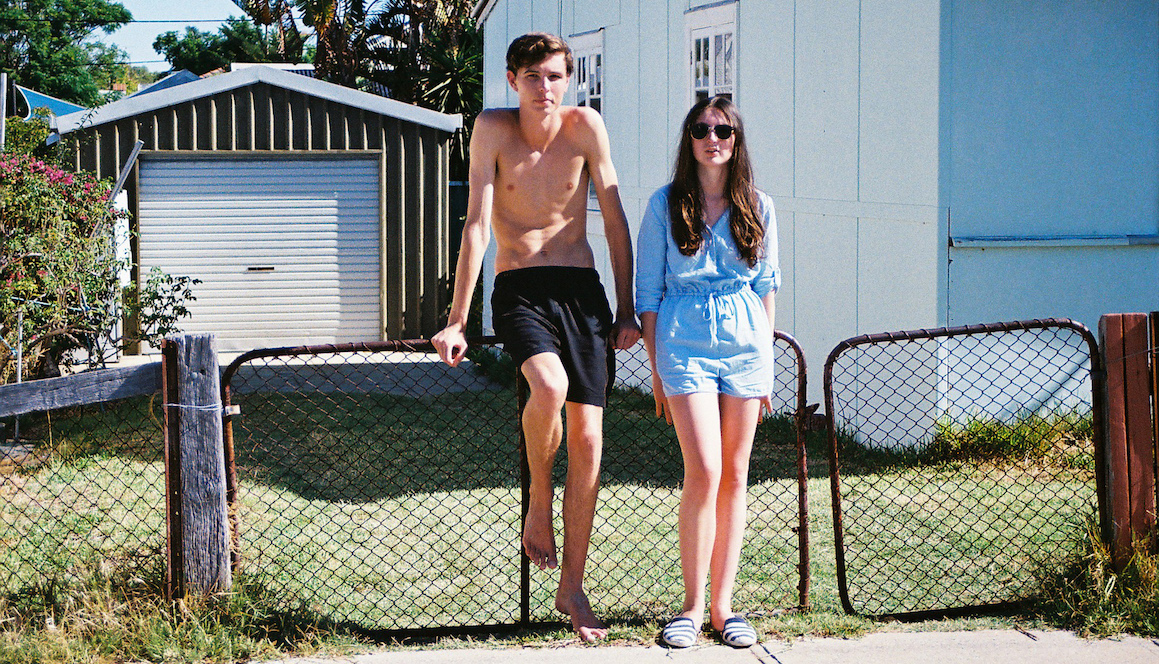 Hailing from Perth, Western Australia and naming themselves after a Harrison Ford film, these teenagers have achieved four singles added to rotation on triple J, completed two national headlining tours, and appeared at festivals including Southbound, Lost Paradise, NYE on the Hill and Groovin’ The Moo.

Naomi and Conor were still in high school when they caught the attention of fans and tastemakers after winning triple j’s Unearthed High in 2015 and placing #101 in the Hottest 100 in 2016 with their breezy single ‘Call My Name’.

Following their big win, the duo released the single ’Commotion’ – a kaleidoscopic groove recorded at ABC Studios, Sydney by ARIA-winning producer Greg Wales – and followed this up with a six-track EP ’Television Love’, which was produced by Carl Fox (Porsches), mixed by Jack Moffitt (The Preatures) and featured the single ‘Let’s Be Friends’.

What inspired you to pursue a career in music performance?

Naomi: When your listening to a song and it like makes you feel like your in another place and you feel really taken by it that feeling was what made me wanna do it to make something that sounds beautiful.

What music related activities did you engage in whilst at school to build your skills and contacts?

Conor: Ironically, both of us went to schools with pretty great music programs, but weren’t involved in them.

We both learnt music outside of school though. Naomi was taught guitar by her brother-in-law and I took drum and piano lessons.

We just jammed every Friday, that was our ritual. We very rarely played gigs because we were too nervous/couldn’t organise ourselves.

What bands/musicians did you listen to growing up and who has been an inspiration to you?

He’s not afraid to change directions. He made a reggae album and then a punk/rock album; he mixes all genres which is really daring and was progressive for the late 60’s.

I also like his mentality, like he was pretty brutally slammed by the press for his songs but he just didn’t care. Also Super tramp are really inspiring; they write the most amazing keyboard parts and melodies.

Congratulations on winning the triple j Unearthed High in 2015. What have you achieved in the past 12-months since winning the competition and what are your goals for the next 12-months?

Conor: Thanks! We’ve played a lot of fun shows in the past year with people like Abbe May, San Cisco and Gang Of Youths, as well as recording a 6-track EP.

For the next 12 months we are going to release the EP and play some festivals around New Years, then see what happens next!

What processes did you go through to sign with a manager and a label?

Naomi: We met our manager through my older brother’s bands. Rachel, our manager, said she would give us a hand when we became finalists for Unearthed High.

From then on she’s been the best help ever!! We haven’t signed with a label, we chose to release Let’s Be Friends independently.

Perth consistently produces outstanding musicians. Have you found the music community to be close-knit and supportive of nurturing new talent?

Conor: Yeah, everyone in the Perth scene has been really welcoming to us. Our two band mates especially have introduced us to so many cool people that have helped us out.

You have some amazing gigs lined up for 2016. Who are you looking forward to performing with?

Conor: We’re playing a show at BigSound with Alex Lahey, which we are really keen for. At the end of the year I’m excited to see Hot Chip DJ Set at Southbound, and No Zu and Big Scary at Lost Paradise.

Some young people who are talented musicians don’t pursue a career in the industry after school, as they are concerned they won’t have a secure job. What advice can you offer them (and their parents)?

Naomi: I guess it’s like that with most artistic careers, every parent is just terrified their kid will end up on the street or like a bum.

It’s because there is not really a clear path for artistic endeavours, which is a good thing and a bad thing.

Its good because it means there are no rules – you can make it up! But that’s hard to tell your parents.

My advice is to do what you love and if that’s music then just keep making it. Find like-minded people who are doing it as well.

Let’s Be Friends has been released to rave reviews. Can you give your fans any insight on new music you are currently working on?

Naomi: We’ve got an EP coming out soon!