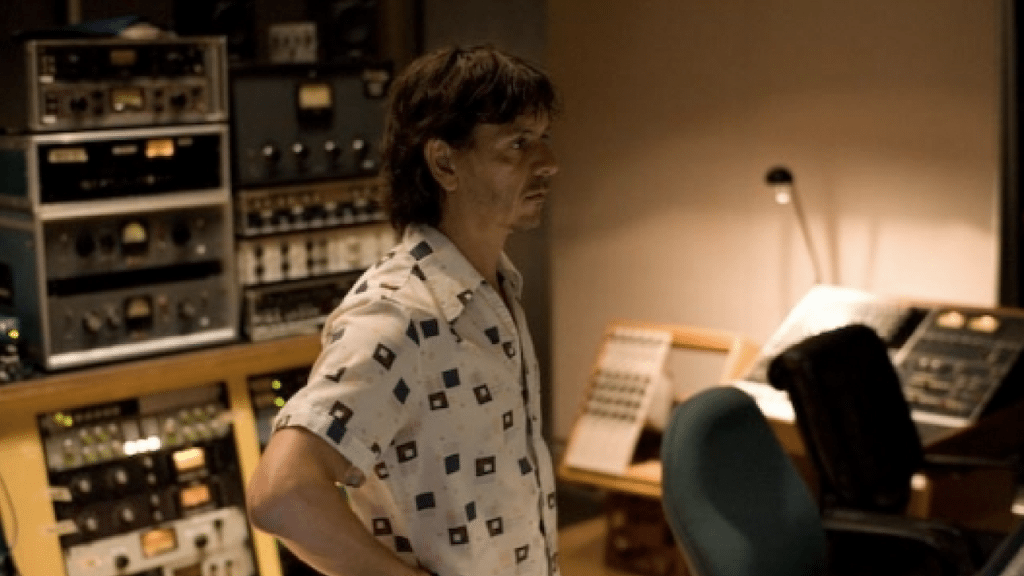 Paul McKercher is an Australian music recorder and producer. He has been awarded five ARIAs and has produced over 50 albums, working with such artists as:

Most of what I listened to as a young tacker was whatever my older brothers were into at the time; they were both surfers so artists like Pink Floyd, Led Zep, Neil Young…. the classics, were often filling the house or blaring out the back of a panel van or station wagon full of surf boards.

All through my teens I practiced guitar feverishly, built my own guitar pedals, cobbled together hi-fi systems from bits and pieces and dreamt of being a guitar god.

Through high school I played in bands with my pals and the thriving local live music scene was something we set our sights on breaking into.

Being 16 and underage, each weekend we’d persuade the publican of the local venue to let us in to hear bands where I’d stay out of sight in the shadows avoiding the aggro bikies, hawk eye the in-house sound guy and pick up whatever tips I could, then flee to the women’s toilet if ever the all-male licensing squad detectives did a walk through looking for underage drinkers.

I would not recommend this approach, there’s enough all ages shows these days but it did give me an early leg up into the live music scene.

I kind of fell into it.

Being a tech head and a muso, a job in audio seemed like the perfect amalgam of those two interests.

Somewhere in the back of my mind lay the idea of being a record producer but it was one of those flights of fancy, like being a race car driver or an astronaut, not something that seemed realistic for a shy kid but after working hard at the ABC for ten years then going freelance I found myself getting production credits on records because I had well developed musical sensibilities, empathy for what musos were trying to achieve and could engineer recordings to sound big, strong and persuasive.

Mum coaxed me into formal music lessons up to AMEB grade 7 which helped more than I thought it could at the time, thanks Mum, then after HSC I got an audio education over three years in the ABC’s now defunct training school where, taught by wizards of the audio arts, I learned the theory and practice that helped me springboard into a job at Triple J as live music producer and then on to a freelance career.

That every session is different and asks from you a flexible approach and an adaptable skill set that will work in harmony with the requirements of the music and the personalities of the performers.

It’s endlessly fascinating and challenging. Musos are an interesting bunch and I get to be part of the making of something that exists for no other reason than to give people some enjoyment.

Drink some tea, listen a lot then talk a bit, adjust the machines, listen some more, keep adjusting the machines, bounce some ideas around, listen again, drink more tea then repeat until the song is finished.

It sounds unstructured but there is an order in which things happen, broadly speaking, but with enough wriggle room built in to be able to run with an unplanned exciting, tangential idea without the session going off the rails.

The brief is simple enough – to make it sound amazing and have the artist feel as though their vision is being brought into the world with some honesty and artistic integrity.

On a session, the atmosphere is generally collaborative, fast paced and often quite joyful, there’s very little to not like about being in a recording studio whilst a song takes shape.

The hours can be long; seventy to eighty hour weeks are not unusual but most things worth doing are usually a challenge.

Listen more than you talk.

Listen to everything around you, not just music, the sky, the ground, the world you live in.

Develop your ability to listen in great depth for long periods.

Listen to all styles of music, you don’t have to like them all but you should be able to identify what makes them different to other genres.

Stop listening to one style of music only, it’s close-minded.

Get beyond your prejudices and try to appreciate the masters of any style of music from any era.

Whenever you are given a task, do your very best at it, no matter how trivial or inconsequential it might seem; if you do it well the next time you’ll be given more responsibility and credit.

Make quality your foremost goal then success will follow, not the other way around.

Turn giving your best effort to whatever is in front of you into a habit, that is how you build a career.

Touring Europe in a bus and seeing Australia from top to bottom as part of a road crew, working with bands and artists whose music I love and becoming friends with some of the best people you’d ever hope to know.