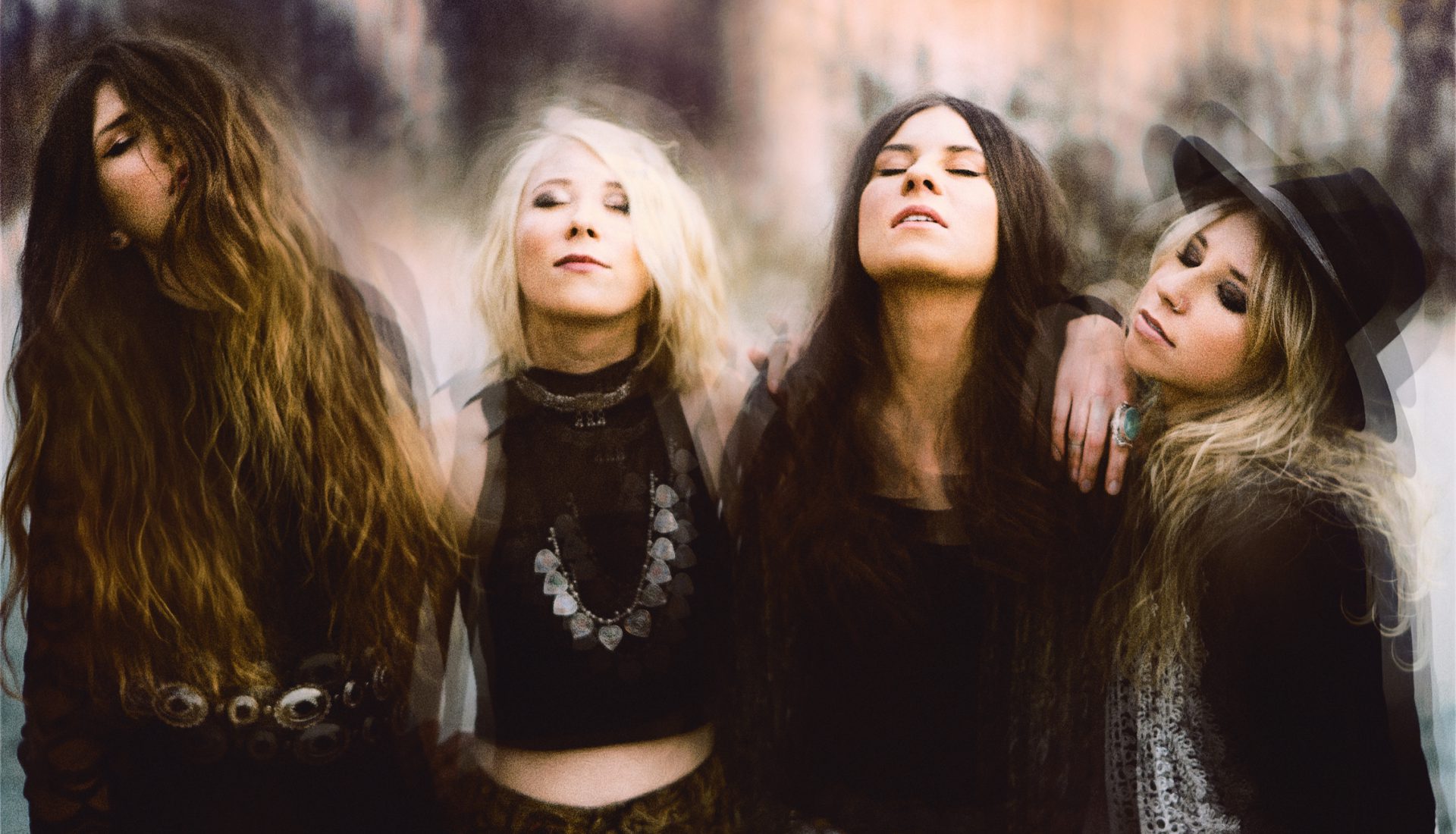 Information about the band – mushroompromotions

Who or what inspired you and your sisters through your early years to explore your passion for music and what activities did you all participate in whilst you were at school to build your career?

Our parents were our top cheerleaders for sure. Dad always wanted to play guitar, but never got around to it and they have both ended up working in jobs that they perhaps hadn’t dreamed of as children. As a result, they have been very encouraging and helped us to make a career from our passion.

We were lucky enough to have a music teacher who is a bit of an all-rounder move in next door who was also a huge inspiration; amazing teacher and became a really close friend. Fred is very real and always spoke about those struggles of being an artist that discourages people from taking that path, but always showed us how you can make a career and support yourself through music – gigging, teaching, writing, recording.

We took every opportunity we could to perform from the moment we could play as a band and played at countless open mics, FReeZA gigs, and shows to only a handful of people.

You completed a Bachelor of Popular Music at NMIT (now Melbourne Polytechnic) in 2010. When you first started the course, was music performance your definite career pathway at that time and what were the highlights of the course?

No, performance wasn’t my definite career pathway. I had always planned on playing with the band and continuing to release music, but I was planning to go into a Graduate Diploma of Education so that I could teach as well as play.

We won triple j Unearthed High in the last semester of my degree, so that threw a spanner in the works (very much to my liking), because it meant that I would fortunately become dedicated full time to the band.

The highlight of the course for me was definitely having so much diversity. We covered so many aspects of music – world music, performance, arranging, film score, and so much more. I think being shown how broad the music industry is and the different paths you can take was a really powerful tool.

I particularly benefited from songwriting with Greg Arnold from Things Of Stone And Wood, music business and having Alexander Technique lessons.

After winning the 2010 triple j Unearthed High contest in 2010 with your song Foreign Lover, your music was played on high rotation and success quickly followed over the next two years in terms of gigs, releasing new songs such as Through the Clover, playing at major festivals such as One Movement and Glastonbury, and appearing on Rockwiz. As young people, how did you and your sisters adjust to the sudden industry and social media exposure?

We are fairly go-with-flow kind of people and everything was such a whirlwind that we didn’t have time to stop and take it in anyway. There were of course moments when it got a little overwhelming, particularly having the pressure of other people investing their time and money into you as a band, as well as getting used to having peoples opinions of you plastered all over the internet.

I feel so fortunate that I was at the point in my life that I was when it all happened. I think I was a little more prepared and had a little more life experience under my belt. It’s completely different for Holly – she is now only 18 and has practically grown up in the music industry. Such a different childhood to mine!

What steps did you take to sign with manager/label?

The first person we were looking for was a manager. We went from receiving 1 email a week to hundreds. That was pretty crazy, so we needed help dealing with it and making further decisions. A family friend is a film and TV composer and he had a manager friend that he put us in contact with to get advice.

Things worked out and we ended up working together for several years. I am now managing the band for Australia and we recently secured management for the rest of the world. Once we got our manager, everything else flowed from there through his contacts and experience.

Throughout your career, you have worked alongside respected Australian musicians and industry professionals such as Kram from Spiderbait, Fleetwood Mac, Dan Sultan, Nick Barker, and producer’s Greg Wales and John Lee. Have there been any particular people you feel have assisted you to further develop your skill set and music techniques?

I think every little experience and person you work with along the way inspires and teaches you in one way or another, but we really did get a lot musically from working with Kram. We spent a lot of time jamming together, which meant he taught us to approach writing in different ways and to push the boundaries.

I think it being such an organic relationship, it felt so real and we grew such a respect for one another. We connected better than we have with anyone we had written with before and that does great things for your writing.

You’ve now produced two albums (Stonefield and As Above, So Below), and in 2015 Stonefield won the 2015 APRA Music Award for Rock Work of the Year with the song Love You Deserve. What have been some of the highlights of your career journey so far?

Nothing beats hearing your song on the radio for the first time. Playing at Glastonbury, supporting Fleetwood Mac, releasing both of our albums and touring the US.

You’ve recently completed an Australia-wide regional and metro tour and are currently working on your next record. Do you plan to tour overseas and what other initiatives do you having coming up that you are excited about?

There’s quite a lot to be excited about for next year. We plan to get into the next record as quick as we can, planning our return to the US, somewhere we have never been and hoping to get to Europe as well. We feel that we get stronger with each release, rather than it getting harder.. that’s really exciting for us.

Honestly having your sisters go through everything that you are feeling makes things a lot easier. I don’t think I could do it without them. Playing live gives us such an incredible feeling.. inspiring young musicians and hearing their stories is incredible and having the opportunity to work with programs like Aardvark – a music program for kids living with chronic illness is super rewarding. Music is a powerful thing, you just have to remember why you love it and try to forget about all the BS that comes with it.

It absolutely is a tough industry, but a passion is worth persuing because the rewards are huge. There are so many paths you can take in the music industry – performance is just one of them. Financially it can be difficult at times, but you always seem to pull through and the lifestyle and rewards make it all worthwhile.

Like anything, work hard and it pays off. To be able to do something that gives you more than a pay cheque at the end of the week is pretty great.