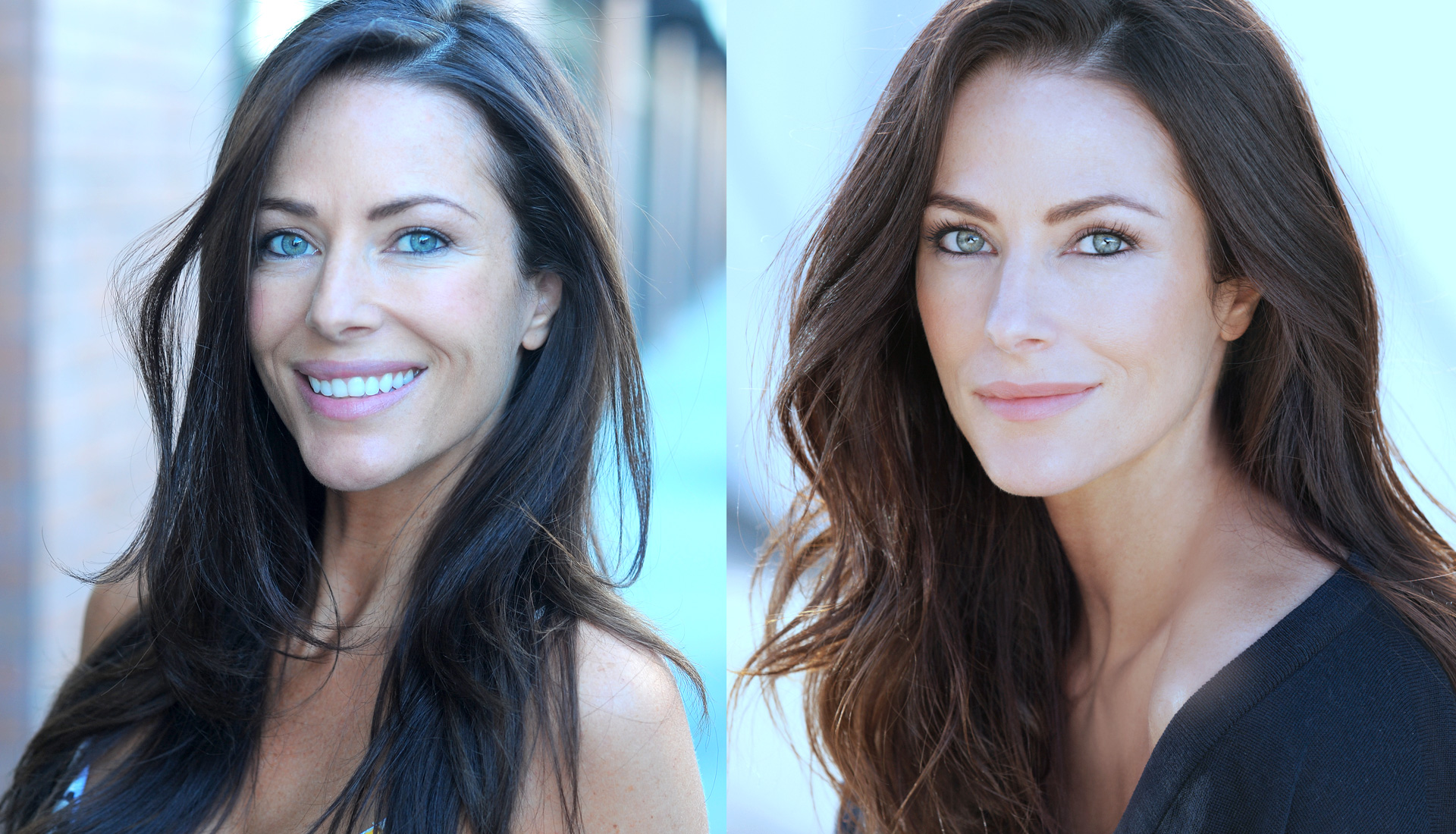 Esther Anderson is known as one of Australia’s most popular actresses having been nominated for multiple Gold and Silver Logies. Despite this success, her Geelong roots and strong family values ensures she remains authentic and as down to earth as ever.

Esther got into acting to “create and tell stories that move and affect people”. Esther would love to describe herself as “fearless”, however she says it is more her “commitment to facing my fears” that has empowered her to take on the challenging storylines she is recognized for by her fans, peers and the industry alike.

In 2008, after studying with the Melbourne Acting Studio for 3 years, Esther landed a major ongoing role in the iconic Australian drama Home and Away, playing the much loved Charlie Buckton (the role for which she received her Gold & Silver Logie nominations). Esther has received many other accolades during her career which include winning TV Actress of the Year by Cosmopolitan, and Cosmopolitan Woman of the Year.

Following Home and Away, Esther starred in the film Breathless which premiered in Los Angeles and won the Director’s Award at the 2011 Lady Filmmakers Film Festival. Esther relocated to Hollywood in 2012 and quickly landed a series regular role on NBC’s mystery drama Siberia. Her success has continued to date with a lead role in the feature film Broken Contract, her theatre debut in The Vagina Monologues, and a role in the upcoming Netflix show Glow (2017).

Esther continues to develop her talent at many of the most sought after acting studios in Los Angeles, including the Eric Morris Masterclass and the prestigious Anthony Meindl Actor Workshop.

Esther Anderson’s career has seen her star in over 380 episodes of television and over 50 commercials across the globe. She equates her success to always having an “attitude of gratitude”.

PHOTO CREDITS (in order of appearance):

At what age did you know you wanted to become an actor?

Since I was a kid, maybe 7 or 8 I always thought I’d enjoy it and I was curious about it. I used to put on Christmas shows with the kids in my street for all our neighbours and friends. My sister says she knew before I did that I’d become an actor. Apparently I was always trying to entertain. I probably only knew for certain when I was about 23 and I took my first acting class.

Like I said my first acting class wasn’t until I was 23! Our school had a drama division but it was more geared at musical theatre and they produced a musical each year. I’m an awful singer so it was unfortunate I missed out. I also loved dancing so I was a part of our school’s Rock Eisteddfod each year, but I really would have loved to have done plays.

I only got my first opportunity to be on stage and do theatre this year and I absolutely loved it. I don’t think I told anyone for a long time that I wanted to act because I wasn’t sure that it was even an option for me. I didn’t have the faintest idea about how to go about it.

To me it was a big mystery as to how to become an actor and I remember thinking people might laugh at me, or discourage me if I told them that’s what I would like to do, given I was really just going by a feeling that I might enjoy it. That feeling was confirmed after my very first acting lesson, which was in LA in 2002.

I remember how terrified I was but also how much I loved it and saying to myself that even if I never made a career of it, I was so relieved to find something I was so passionate about and that I loved! I guess that feeling was me bursting to be creative and nurture my artistic side.

I would encourage everyone to follow their gut and do what they love. I wish in many ways I started a lot earlier, but in the end I pushed through my fears and proved to myself it’s never too late to start.

When you were completing school and planning for the next step in employment, further education and/or training, what were your plans at the time?

My favourite subjects in high school were psychology and legal studies. I used to do mock trials against other schools at the Geelong courts for my legal studies class and I was always Barrister 1. Initially I thought I wanted to be a lawyer or in the police force until I did work experience at both a police station and a court and changed my mind.

I think it must have been the performing side of the mock trials that I really loved most now I look back. After that I thought I’d pursue psychology as I really had to make a choice. I got into university at Swinburne and completed my 1st year in Psychology and realised that it wasn’t what I wanted to do either.

I deferred for a year to backpack around Europe and get a bit of life experience and hopefully come back with some answers. It was after that trip that I had the courage to have a go at following a road less travelled and I got an agent and started getting work in commercials and modelling. During this time I started working on my craft and was taking 2 or 3 different acting classes a week in Melbourne for a few years, getting myself ready for any acting opportunities if they arose.

There were a few really important milestones that I can remember. Booking my first commercial and getting my first presenting role on Postcards felt like steps in the right direction, but my role on Home and Away felt like my big break as it was acting that I really wanted to do. There are ups and downs to being in the public eye, being a working actor is the most rewarding part of it all. The only downfalls I’ve felt have paled in comparison to getting to do what you love for a living!

I just believe that if you’ve got this need to create and express yourself then it’s never going to go away. Acting is a really competitive and challenging career and it can be really difficult to stay positive in between jobs. Having said that I consider myself lucky to have found what I love and that passion is what will carry you through. I’ve always said I don’t want to leave this world having any regrets.

I’d rather die trying than not knowing. Challenge is difficult, it’s hard work, it’s uncomfortable but it’s also what makes you grow and makes your achievements far more rewarding. I would advise young people to find out what you love, be prepared to put a ton of effort into being the best at it you can possibly be, and reach for the stars.

I remember Naomi Watts saying the best thing about her success was that she didn’t have to audition anymore. She auditioned for 10 years before getting her breakthrough role in Mulholland Drive. It would be incredible to be that accomplished in the eyes of your peers and in the entertainment industry that it was no longer necessary to audition and you got offered roles.

Although on the other hand, a part of me baulks at the idea as I’d want to be certain I had the chops for the role and had earned the part! Ultimately I’d like to do more television, film and theatre for many many more years to come! I want to tell stories that move people and inspire them.

“It’s not the destination it’s the journey” is the first thing that comes to mind. You have to want to do it for the right reasons. Not for the fame or the fortune. Yes of course the aim is to make a living from it, and become a professional, as it should be!  And at the highest level it is very lucrative. But that’s not why you should be pursuing it.

You need to do it because you love it if you are to climb that ladder to success. The journey up that ladder is a different length for everyone so make sure you love it. If you do then you’re set, and don’t let anyone tell you you can’t.