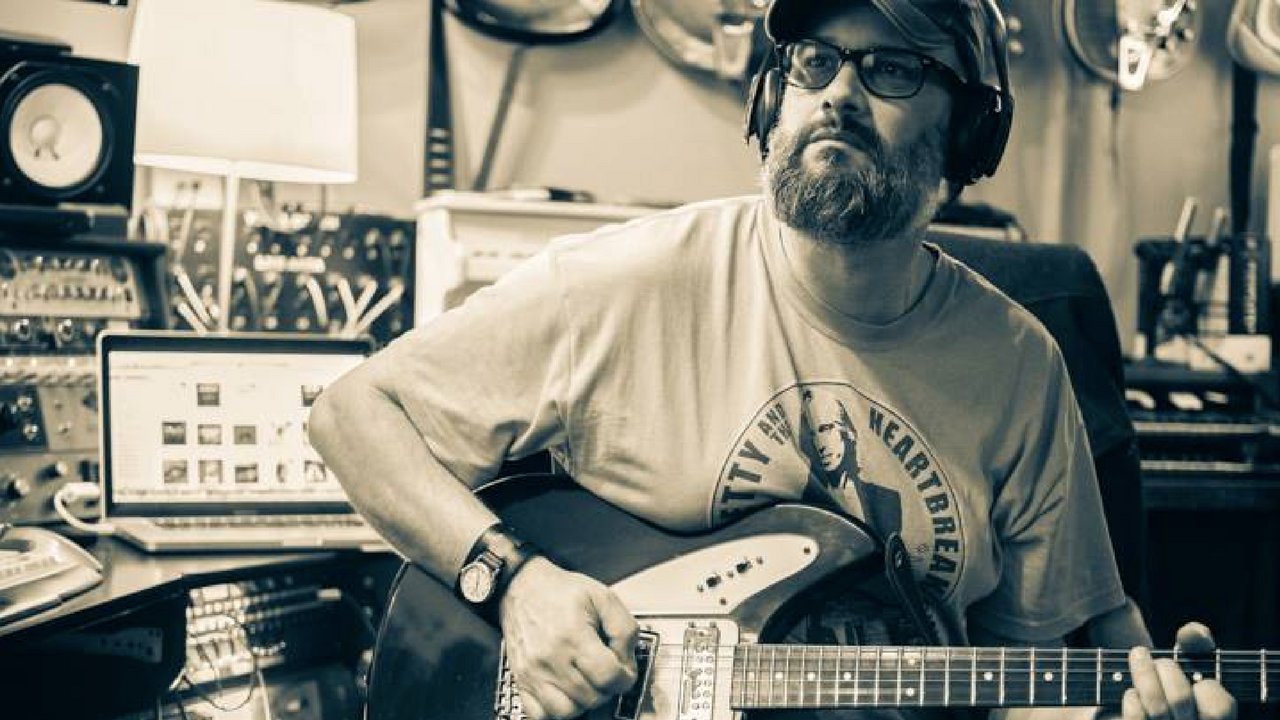 Michael Carpenter has been working in just about every facet of the Australian Music Industry since he was a teenager.

As a producer/engineer he has been working out of his Love Hz Studios since 2004, and has over 1500 projects under his belt, in a variety of genres, with multiple ARIA and Golden Guitar Nominations.

As well as producing, he is an in demand mixing and mastering engineer, a true multi-instrumentalist (and an in demand sideman on drums, bass, guitars and keyboards) and a highly experienced songwriter.

He has also released 25 albums within his own projects since his debut album in 1999, varying from Power Pop, Indie Rock through to Alternative Country, where he won several awards over the last few years.

Add on to this his recent successful excursions into video making, and he presents as one of the busiest, most well rounded, versatile and dedicated audio professionals working in the industry, worldwide.

I was always around music as a kid. We didn’t play a lot of music around our house, but we spent a lot of time at my Grandparents’ house.

My mother is the eldest of 6 kids, so my Aunties and Uncles were teens or early 20’s when I was you, and very influenced by the music of the late 60’s and 70’s.

So I think that planted the seed, from as early as I can remember.

And I think I was always fascinated by the ‘sound’ of records.

I was curious about drum sounds before I could even play drums, for example.

So when I started playing instruments when I was about 11, I was never JUST interested in learning how to play, but how to make THAT sound.

I didn’t study music ever. I’m completely self taught.

I did play in the school band – initially trumpet for one year (compulsory), but after that, when I was about 12, bass guitar.

I didn’t have to read music though, because I developed a good ear quickly, and just learned things off listening.

I always picked things up really quickly musically. So my teen years, learning drums, bass and guitars, I just started to learn about how songs and chord progressions and harmony worked by listening.

I never ever considered music as a career choice.

I loved playing, and played in bands while at school, and at church EVERY Sunday. But it was only ever going to be a hobby.

It remained a hobby that I refused to allow myself to take seriously until quite late in life – even after I’d invested in my first studio.

Even then it was ‘just a hobby’. But eventually, my then girlfriend, now wife said “you really spend a lot of time and energy on this hobby, and you’re really good. You should make this a job”. So I did. I was 31 years old.

I did remember being given a choice by my parents when I invested and took out a loan for my first batch of studio gear.

They wanted me to go to an audio school, but they gave me the choice. I chose to buy the gear.

But in hindsight, an audio school would have fast tracked a lot of critical information that it took me years to work out for myself.

I just played and listened to music all the time. I’d play with anyone. Original music or covers. Whatever instrument was needed.

It was all just the ‘university of life’ for me. By the time I was about 24 I was doing about 120 shows a year. I did that for a long long time, while also holding down a full time job.

I love the fact that I get to be creative in a zillion different ways every day. This is a privilege, and I feel very lucky to have created that situation for myself.

And without sounding too corny, I see amazing things happen in my little studio, or in my creative world every single day.

It’s an honour to be part of that part of people’s lives and dreams, that they allow themselves to play out a little in their lives.

Ha!! There’s no such thing!! When I’m in a project with a client and we’re starting a song from scratch, those days have a certain, almost predictable process.

But a day like today involved writing and recording demos for 2 songs for a game soundtrack, answering new client enquiries, touching up the edit and grading of a video, writing press releases for a new single for one of my bands, mixing a song, and doing backing vocals for a project being produced elsewhere.

So every day is unique!

As hard as you think you’re working, it’s not hard enough.

Find the things you like to do, and learn everything you can about them.

Be good with people – don’t assume your talent is going to be enough. No one wants to work with a talented, but unlikeable person.

Communicate clearly with people, and be reliable.

Appreciate that this IS a hard choice, and the rewards are not measurable in the way that society measures success.

Take every possible opportunity to learn and study and respect the work that has gone before you.

And did I mention working harder?

There’s obvious things like playing to big crowds, or having people in other countries sing your songs back to you, or winning awards or having some chart successes.

But in all honesty, I’m still a big music fan who can not believe it when an artist gives me a CD and my name is on it.

Or if I do a show with a band of people that I look up to, and I’m also in the band. How does that happen? I had that experience last night at a sold out show.

I had moments during the show where I had to remind myself to remember that THIS is as good as it gets.

Fortunately, through hard work, and I’d like to think by being a good person, I’ve created the situation where I have seemingly innocuous career highlights a lot!